What we are aiming for 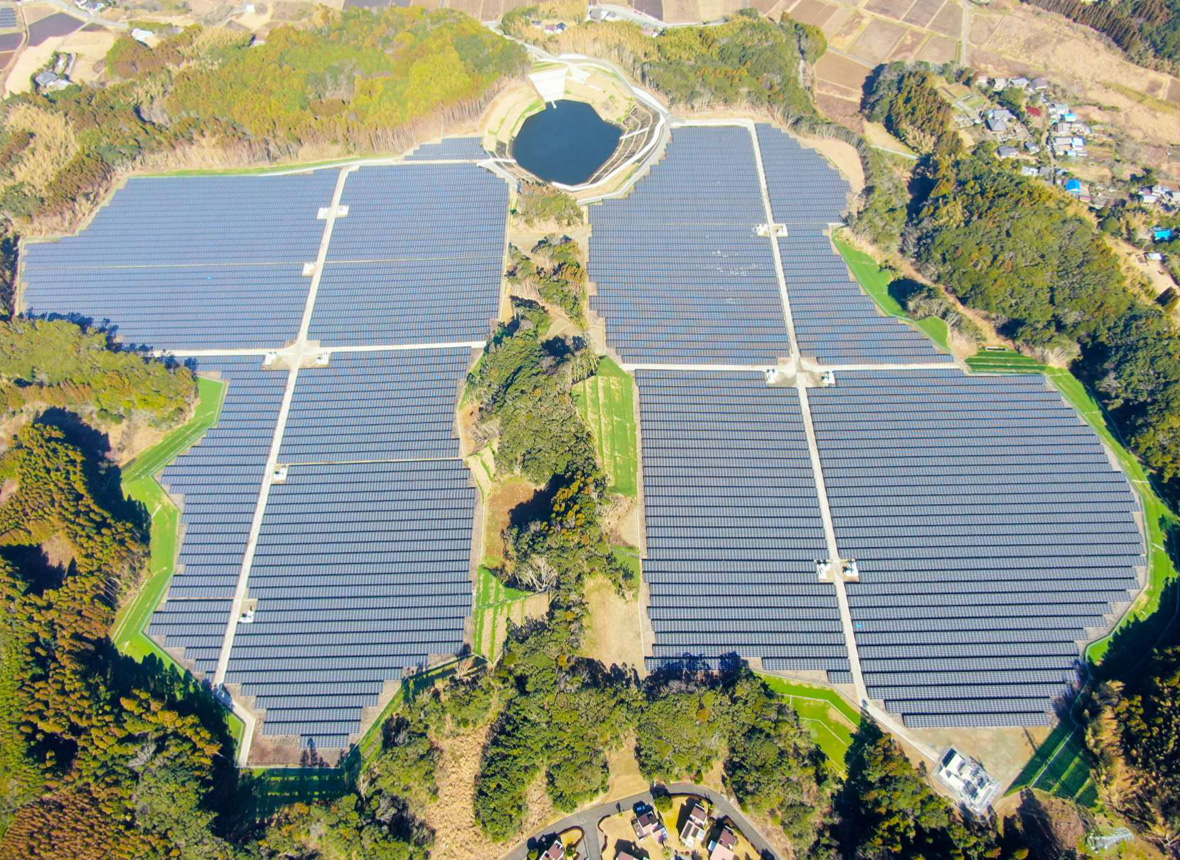 The accident at the Tokyo Electric Power Company's Fukushima Daiichi Nuclear Power Plant caused by the Great East Japan Earthquake. In the wake of this disaster, energy debates have been taking place on a global scale. The debate focused on the pros and cons of nuclear power generation, the state of nuclear power generation, the disposal of nuclear fuel waste, and countermeasures to deal with fossil fuel energy that causes global warming. In the midst of these discussions, we established K Energy with the aim of breaking away from dependence on nuclear and fossil fuels. This was because we believed that renewable energy was the only business that could be left to the next generation.

In 2012, the Japanese government and the Ministry of Economy, Trade and Industry (METI) launched the Feed-in Tariff (FIT) program to rapidly increase renewable energy, which at the time accounted for only 3% of the electricity supply, and to shift the energy balance. Although the FIT program attracted many new companies to the solar power industry, the actual construction of power plants has not progressed as expected, and in 2016, renewable energy accounted for only 8% of the total (excluding hydropower).

FIT prices have continued to decline since then, and a number of companies have scaled back their operations. This is not surprising from the perspective of corporate.

In this post-FIT era, K Energy is focusing on contributing to the continuous development of renewable energy, which is our corporate philosophy, without reducing the scale of our business. In order to pass on the earth and this natural environment to the next generation in a sustainable manner, we are challenging not only solar power generation but also wind, geothermal, biomass, and small hydro power generation.

We must also end the era of mass production, mass consumption, and mass disposal. It is important to produce only what is necessary and to encourage the reuse of waste. There are many untapped fields in the waste recycling business, and we are attempting to take up the challenge of this business as well.

While taking care of the global environment, we will contribute to the development of renewable energy, especially solar power generation, and pass on the supposedly rich nature to the next generation. We believe that this is the mission of K Energy.

We will continue to practice the principles of "Justice for Profit" and "return to nature".